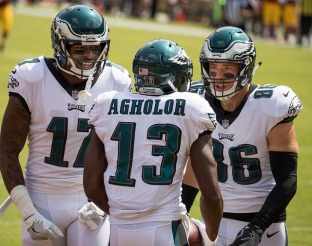 It is truly astounding what the Eagles were able to accomplish last season after the devastating injury to Carson Wentz. Not only did they continue the momentum built up in the first 3/4 of the season, but it led them all the way to lifting the Lombardi trophy to close the season. They still have Nick Foles as the Super Bowl MVP in the backup QB position, which some might feel is the biggest off-season steal of the year. Combo that with a solid skill position group and a defense that may not have many big names, but plays with a huge chip on their shoulder. This team looks like they could be dominant for the foreseeable future. 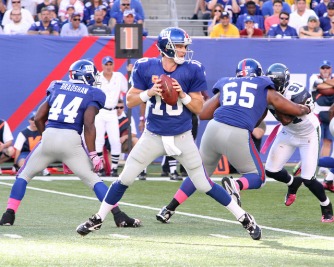 This was a tough choice between the Giants and my  3rd place team. New Yorks defense leaves a lot to be desired. They will give up a ton of points this season. Fortunately, the offensive side of the ball has gotten exponentially better with the inclusion of Saquon Barkley and Odell Beckham being back at 100% I still do not believe this team will make the playoffs, and they need to find a replacement for Eli Manning in the next 2 years, but all the pieces are there on the offensive side of the ball (minus the offensive line) for a Pittsburgh like team moving forward. 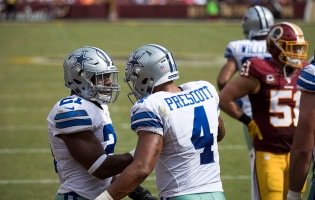 The margin for Dallas this year is razor thin.  Dak Prescott and Zeke Elliot are still good (mainly Zeke), but their receiving core is bad at best.  When Allen Hurns is your number 1 receiver, your team has some issues.  The defense was alright last year, but they seem to be getting worse rather than getting better.  They still have the best offensive line in the league and Elliott has proved that he is a beast, but I see this as a step back for the Cowboys this season. 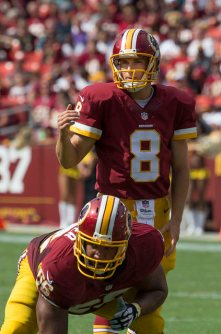 Solving the problem at quarterback was great.  Solving the problems with the rest of the team is another story.  It seems the Redskins lost much more than they gained this past season.  Both Kirk Cousins and Desean Jackson are have left over the past two years and they were replaced with….. Alex Smith and Paul Richardson. The addition of Adrian Peterson seems nice, but it comes at the loss of Darius Guice, not nice.  Alex Smith was surrounded with amazing talent last year, but I do not think he will be able to carry this team the way the Chiefs carried him.