To close out the AFC portion of the prediction series, we will move to the AFC West Division.  This division has been a massive cluster over the past few seasons with no team taking control of the division. How much will all of the turnover in the division affect the standings?

This pick is made more on optimism than realism at this point.  Oakland need to get Khalil Mack signed and back on the field. They need to keep Derek Carr healthy. They need Jon Gruden to connect better with the players.  Other than that, Oakland have a very talented core group that could compete with any team in the NFL.  This is the division I am least confident about, but Oakland is too good not take this division over. 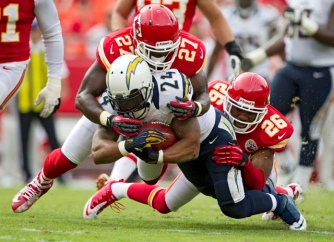 The race for the top of this division is as close as I have seen it in the last 5 years.  Both Oakland and Kansas City have legitimate arguments to be the preseason favorites, but it all comes back to how Patrick Mahomes is going to do in his first season as the full time starter.  This team is the most talented in the AFC from top to bottom, but how smoothly will Mahomes translate to a full NFL season? 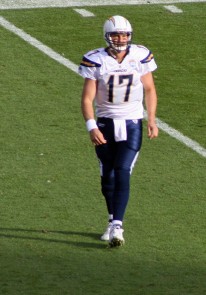 When will LA draft a legitimate predecessor for Phillip Rivers? When will LA stop going 8-8? Can Rivers not be put in a situation down by 4 with a minute left, having to drive the length of the field? Ok, my rant is over.  The Chargers are the epitome of an average team.  Phillip Rivers would easily be a Hall-of-Fame quarterback if he had some more talent over the past 5 years.  Melvin Gordon is a Pro Bowl running back and Keenan Allen is a good receiver, but LA needs to fix the offensive line and stop putting themselves in horrible situations at the end of the game.

It has been a long and torturous journey for the Broncos since Peyton Manning led them to a Super Bowl victory in 2016.  Osweiller was a bust, Simeon was below average at best, Lynch does not seem like he is going to be a starter, so who do they turn to? Um Case Keenum??? I believe Case Keenum was the beneficiary of circumstances in Minnesota. He had talent at every level on the field and was not asked to do the things he is going to need to be able to do in Denver.  The defense is good, but Denver overall will have another lackluster season.