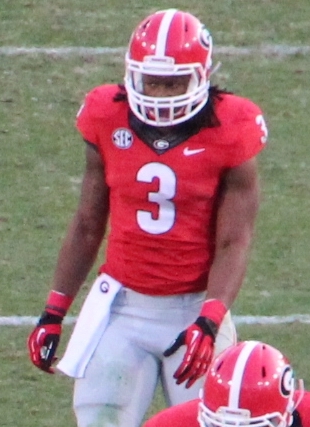 Top running back and former Ram Todd was released on Thursday to little surprise.  He was going into his second year of a four year $60 million dollar deal including $45 million guaranteed.  He has a degenerative knee condition, due to arthritis, that is continuing to get worse,  He was owed 10.5 million if he had remained apart of the team.  Barring all of this information provided, is he still worth a spot on an NFL roster.

The short answer is yes, someone will bring in Todd Gurley to give their offense a positive jolt in the arm.  The long answer is a little more complicated. He can be a productive running back, but his carries will soon need to be limited (possibly starting this year).  He does not seem like the guy that is going to be able to average 250-300 carries a year anymore.  He is only 25 years old coming off an MVP caliber season in 2018 but running backs are not the commodity they used to be.  Saying all of these things, this is why the Falcons signed him.

At his peak, Todd Gurley is the most unstoppable running back in the NFL. He has the speed to run past linebackers and the power to run over corners and safeties.  He has good hands out of the backfield, and is a one cut and go back that does his job extremely well.  He is the main reason Jared Goff is going to get paid next off season and seemed to be the most important player on the Rams with Aaron Donald being the only one in striking distance.  The only running backs that are comparable to Gurley in his prime are Ezekiel Elliot and SaQuan Barkley.

After letting Devonte Freeman walk in free agency, the Falcons had a major need at running back. I would have been heavily concerned if Atlanta had signed him to anything longer than a one year deal, especially given his injury history. Relying on Brian Hill to take the entire workload seemed like a decision Dan Quinn was not ready to make. Hill is a good running back, but not nearly as dynamic as Gurley is.

If Gurley can prove that this knee issue is going to really start affecting him anytime soon, he may have one more big contract left. Bringing him into Atlanta with a head coach that watched Marshawn Lynch carry a Seahawks offense to Super Bowl success must give Dan Quinn some relief. Personally, I think Gurley should consider retirement by 30 just so he will be able to walk by the time he is fifty.

If you have another opinion or disagree that Atlanta will not be a good fit, feel free to leave to comment. Thank you for reading and come back to read the next one.